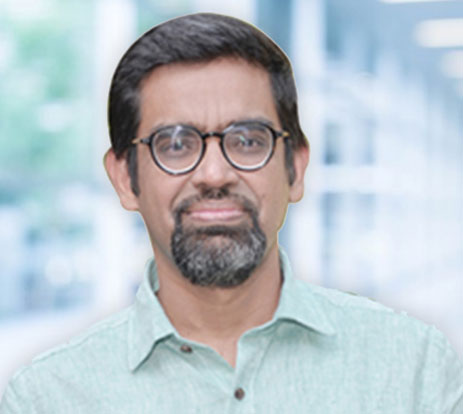 Vishal is co-founder of Lok Advisory Services and he started its operations in India in late 2004.

Prior to Lok, Vishal worked for about a decade in delivering marketing and business development services in the financial services and telecom sector, both in developed as well as developing economies. He worked with one of the largest issuers of credit cards in US, Capital One and led their sub-prime outbound telemarketing vertical. Prior to that, he was working primarily in the telecom sector where he began his career in India during the first round of privatization and mobile technology licensing in early-mid nineties. He managed several key operator accounts for Siemens in India and worked on launching new wireless equipment in Malaysia and Germany. He continued his telecom sector marketing and product strategy work with PRTM, a management consulting firm based out of their Washington, D.C.’s office.

Vishal is on the board of SEWA and Drishti.

Vishal holds an Engineering degree from Delhi University and an MBA from the University of Michigan, Ann Arbor.